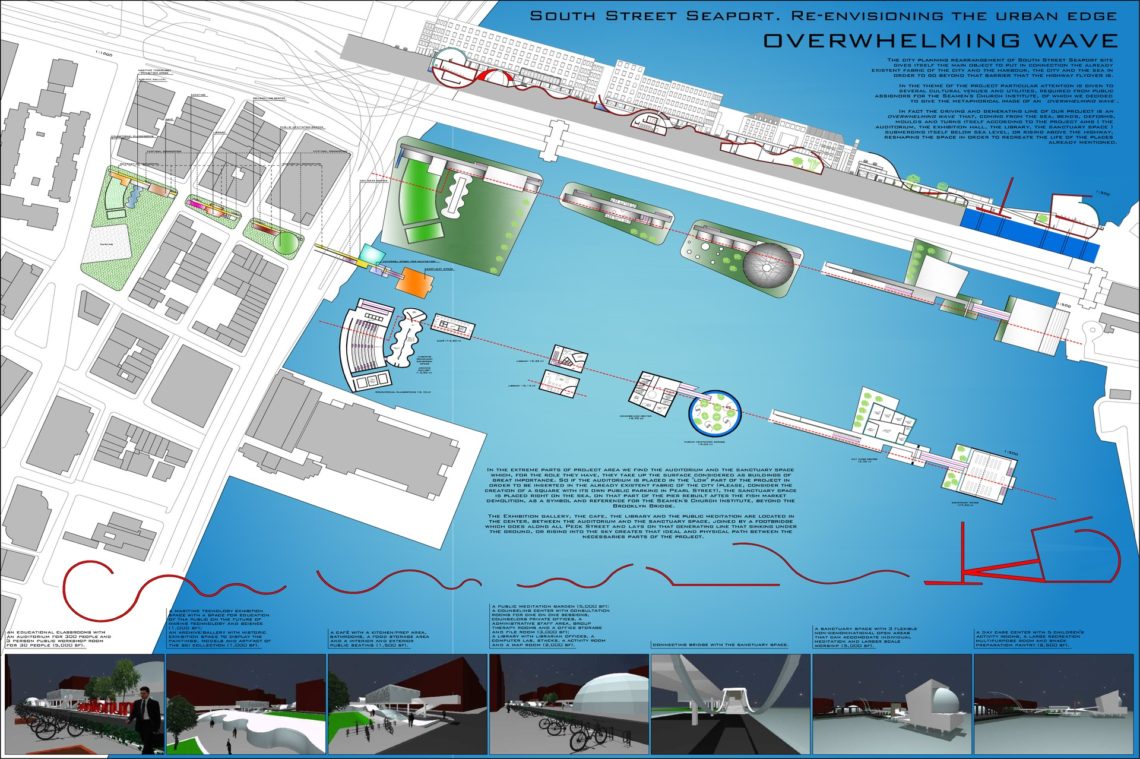 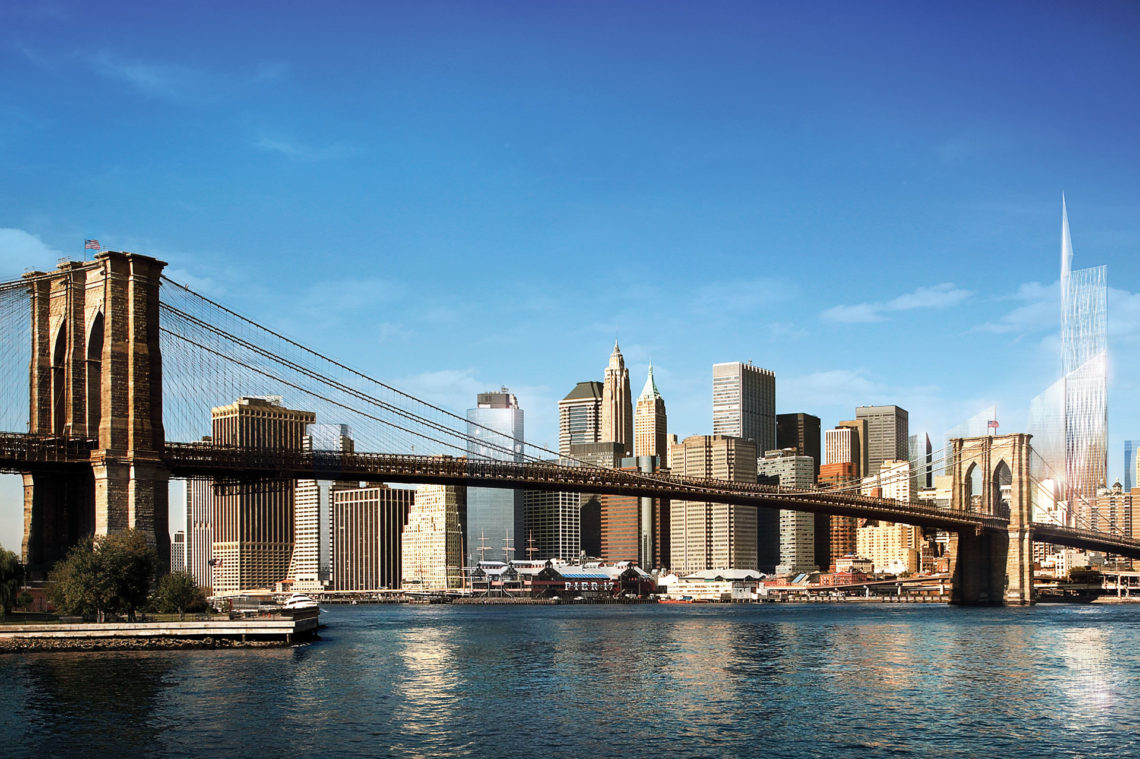 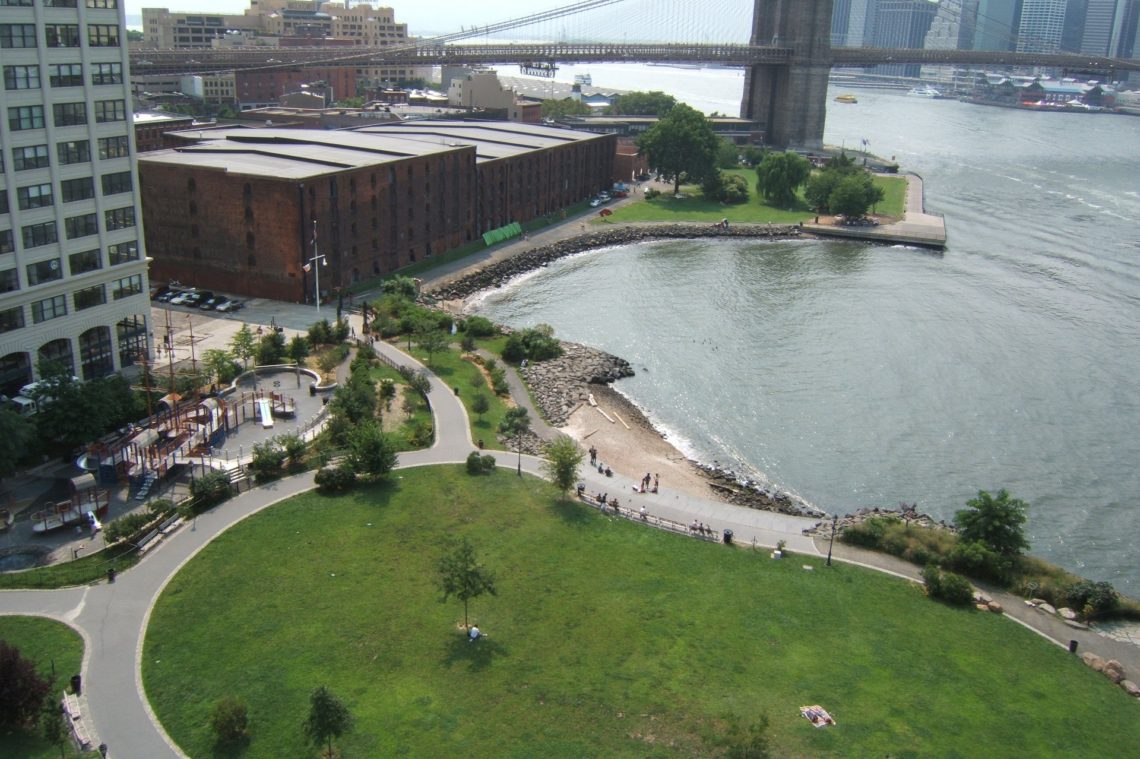 The city planning rearrangement of South Street Seaport site gives itself the main object to put in connection the already existent fabric of the city and the harbour, the city and the sea in order to go beyond that barrier that the highway flyover is.

In the theme of the project particular attention is given to several cultural venues and utilities, required from public assignors for the Seamen’s Church Institute, of which we decided to give the metaphorical image of an overwhelming wave. In fact the driving and generating line of our project is an overwhelming wave that, coming from the sea, bends, deforms, moulds and turns itself according to the project aims ( the auditorium, the exhibition hall, the library, the sanctuary space ) submerging itself below sea level, or rising above the highway, reshaping the space in order to recreate the life of the places already mentioned.

In the extreme parts of project area we find the auditorium and the sanctuary space which, for the role they have, they take up the surface considered as buildings of great importance.

So if the auditorium is placed in the “low” part of the project in order to be inserted in the already existent fabric of the city (please, consider the creation of a square with its own public parking in Pearl Street), the sanctuary space is placed right on the sea, on that part of the pier rebuilt after the fish market demolition, as a symbol and reference for the Seamen’s Church Institute, beyond the Brooklyn Bridge.

The Exhibition gallery, the cafe, the library and the public meditation are located in the center, between the auditorium and the sanctuary space, joined by a footbridge which goes along all Peck Street and lays on that generating line that sinking under the ground, or rising into the sky creates that ideal and physical path between the necessaries parts of the project.